Rising star and Actress Kandyse McClure (born Candice McClure) and African-Canadian beauty, know to fans of Sci-Fi/Scy-Fy channels Battlestar Galactica as Anastasia “Dee” Dualla, recently did a shoot in Mexico with photographer Darryl Humphrey, a horse, and not much else! (She may have been filming for TV series “Persons Unknown“) 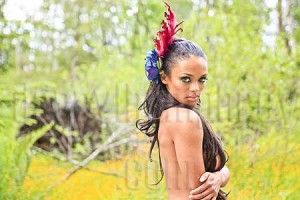 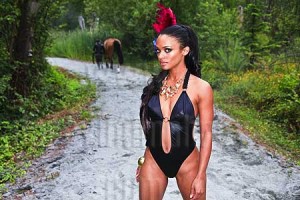 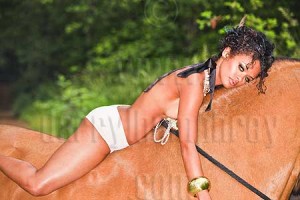 I’ve been told that the glamour shots will be appearing in a future issue of Toro Magazine a Canadian men’s lifestyle publication aka a “Lads Mag”.

update july 5th : the Toro article LADY GODIVA and photo shoot are now online. It says the photo shot was in a humid forest of British Columbia, where Darryl Humphrey is based. and mentions she will be in the film Cole, as Serafina, at the 2009 TIFF -Toronto international Film Festival; and in the new TV series Persons Unknown, currently being shopped to major networks for a mid-2009 debut.