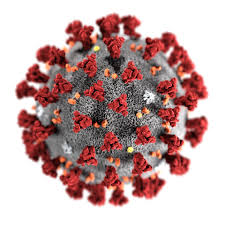 One year after the WHO called this a Covid-19 pandemic, and following up on my Very Early Speculations on the Impact of Covid-19 and the Covid Singularity. Still a singularity, if not a technological one. (although it had huge technological impacts). Some people refer to the pandemic as a forcing function.

It has been a very very long year, a year been one of masks, business and school shutdowns, and many many deaths.

And we are only 1 year into 2 years of my original speculation.

The fact that we even have vacancies in less than a year is an amazing feat of science. But it will not be until early summer that they will be available to everyone that wants a vaccine in the rich world. And it will not be until 2022 or 2023 that the world (billions of people) will be widely vaccinated. In the meantime, we will continue to deal with variants of concern, outbreaks and booster shots.

I now think that things will not feel back to “normal” till 2 years after widespread and world wide vaccination. So 2025 for the new normal.

This has been a year of Work from Home (WFH), and remote schooling. Both would have been impossible, or the rare exception at best. Many workers, if they were able to experience WFH, do not want to go back to long commutes. Companies will likely do hybrid or occancial work from home. So rather than WFH as rare, it will mean assuming at least someone is remote, always. This will make remote work in general more acceptable.

Zoom is a company has done very well out of this, although many people have reported Zoom fatigue with many video meetings.

The pandemic has a effect on real estate as people seek more space, either for home office spaces, or backyards. People have left inner cities for suburbs or smaller cities, towns, or rural homes. Some people think this will have a big effect on cities, but i think they will bounce back quickly especially for younger and single people. This has had a big effect on Silicon Valley (San Francisco and the Bay area) but it was more a acceleration of a trend already visible.

This year has already been a very long one. And then next 4 months until many of us are vaccinated will be a long wait, especially with a third wave of illness and death. Until then, be well and be kind.