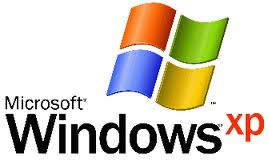 As of April 8, 2014, Microsoft has announced : Support for Windows XP ends, After April 8, 2014, there will be no new security updates, non-security hotfixes, free or paid assisted support options or online technical content updates.

So Long, Windows XP! So let the WinXp IE8 deathwatch begin, because even 3 years ago in 2011, many were thinking Ten years of Windows XP: Windows XP: how longevity became a curse.

According to IE6 countdown (a MicroSoft site) that worldwide ie4 browser usage is ~4.4% but that is skewed by China with a 22% usage. In Canada, the USA and Europe it’s < 0.2% ( you should know your geography audience )

Since Microsoft will not release IE9 or better ( see Windows XP: No IE9 for you), and there a lot of WinXP machines out there (I’ve seen one survey that said almost 30 per cent(!!) of desktop computers still run Windows XP) , IE8 is the new baseline for dinosaur apps.

The GOOD NEWS is you can run up to date versions of Google Chrome, FireFox and Safari for Windows 8/7/Vista/XP

But still there is the The impending crisis that is Windows XP and IE 8.

Till then WInXP and IE8 is the new baseline for dinosaur apps, dinosaur companies, and dinosaurs.