That’s DC as in “District of Columbia”, aka in the capital of the USA. At the end of this October we made a extra long weekend trip to Washington DC. It was a first trip for me, so lots of touristy stuff.

We travel back and for from Dulles airport (with a brief and cheap bus ride to the nearest subway terminal : Wiehle – Reston East. I was told it is being extended all the way to the airport by 2018) on their Metro system, with several other trips taken. Trips are pay by distance via a paper magnetic stripe farecard, with different charges during peak times. Not a bad way to get around. 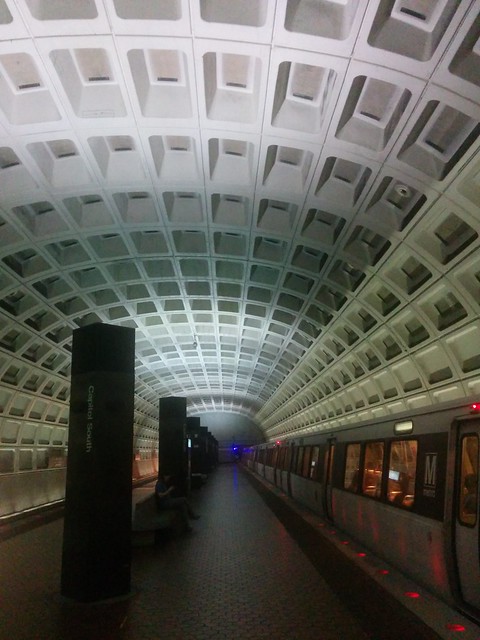 Of course we saw a lot of the famous monuments : 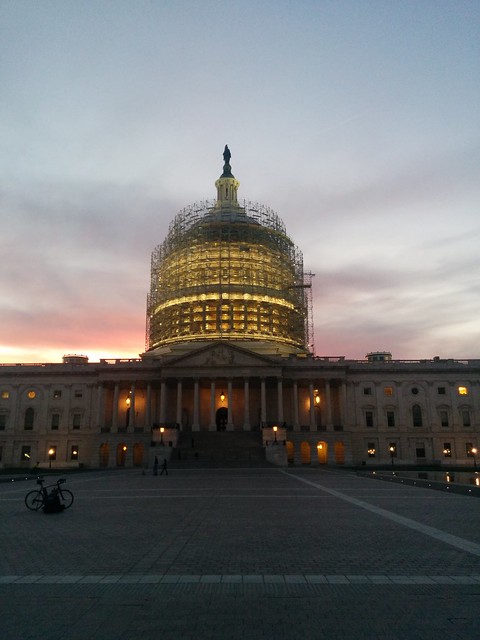 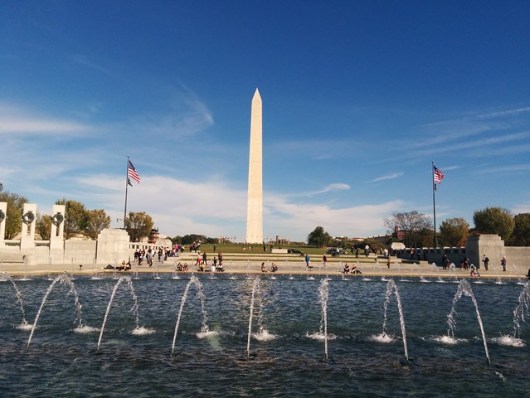 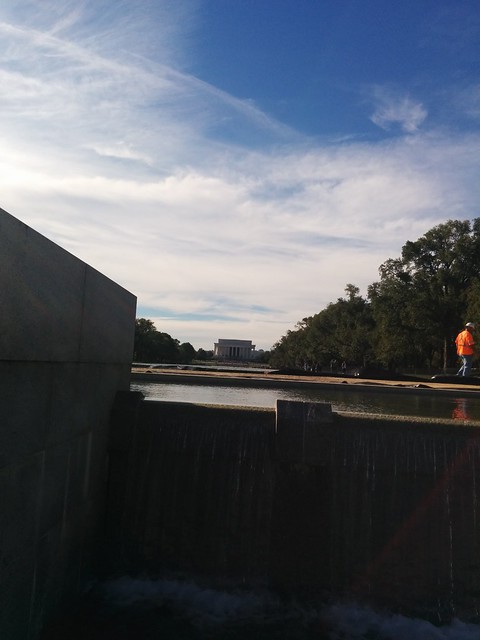 But the Lincoln Memorial, and the words of the Gettysburg Address we very moving 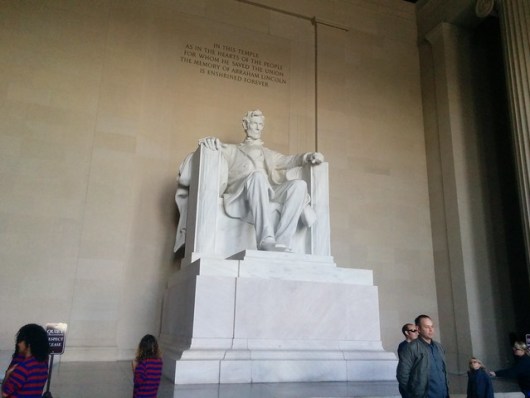 One of the other big things in DC is the museums! in particular the Smithsonian museums (of which 17 of 19 located in DC and 11 of those on the National Mall. No we didn’t see them all) There are also a bunch of other museums (some of which you even had to pay for admission! – shocking!!) The biggie for me was The National Air and Space Museum (NASM) where we got an excellent tour by one of there Docent’s (new word for me) There are some pretty amazing exhibits to gaze about from the beginning of powered flight (the actual wright brothers plane !!!) 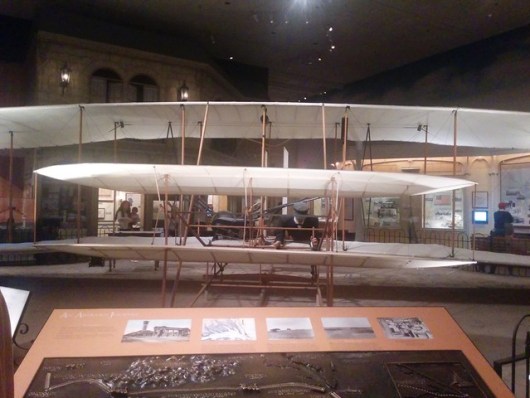 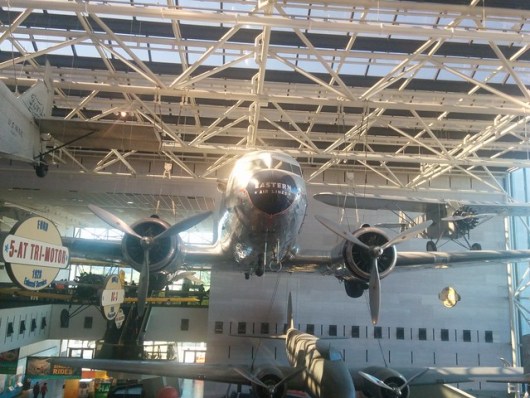 to (in one area) Chuck Yeager’s Bell X-1 aka ‘Glamorous Glennis’, the X-15 and SpaceShipOne, with Mercury and Apollo space capsules below. and some more more. 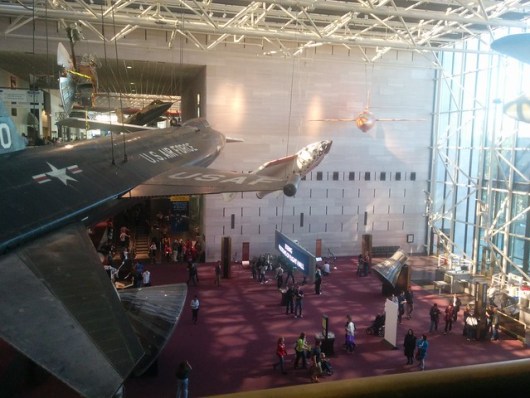 Another Smithsonian museum of note was the National Museum of American History with it’s “Star Spangled Banner” and the Julia Child’s Kitchen displays : 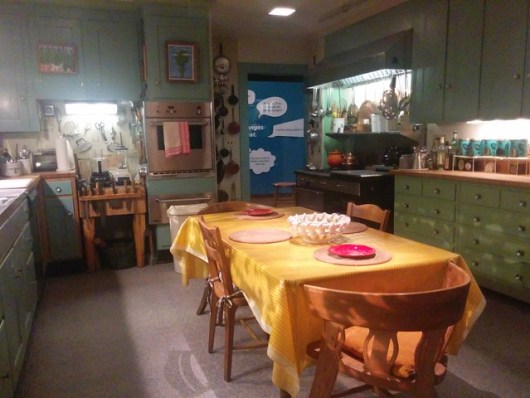 Of the non smithsonian’s we visited the “Spy” museum (fun), the National Archives (United States Constitution, and a special viewing of the Magna Carta), the Library of Congress Thomas Jefferson Building (and its The Gutenberg Bible), and “Meigs Old Red Barn” aka the National Building Museum (another excellent tour by one of there Docent’s) 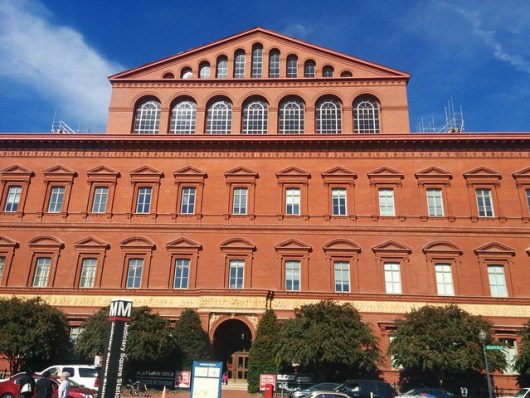 we also saw some art at the National Gallery of Art, like Degas’s Little Dancer and Leonardo da Vinci’s Ginevra de’ Benci 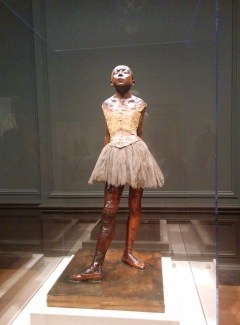 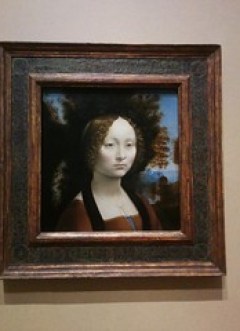 And on a side trip to GeorgeTown to observe the lineups for said cupcakes (and several others vendors of such) we went to Dumbarton Oaks to see the collection of Byzantine and Pre-Columbian art. 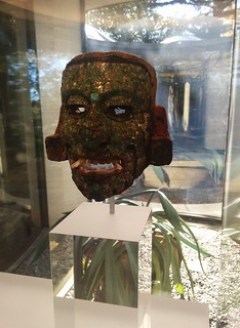 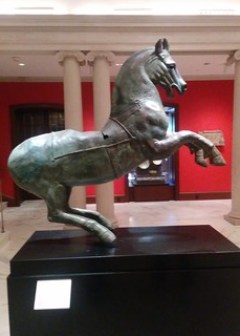 The Dumbarton Oaks Gardens are also well worth a visit. 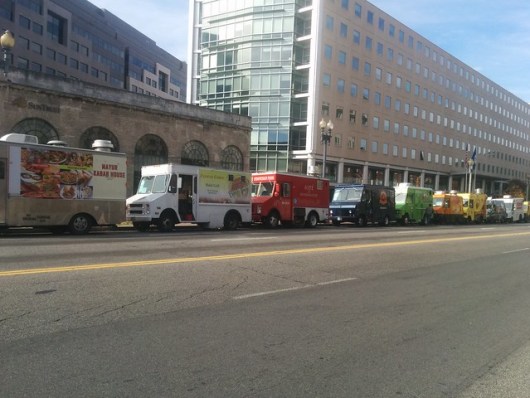