This was our first trip back in exactly 7 years, having been there in at this date in the days before that awful day. We have only just resumed traveling to the “States” again, a combination of things, including the exchange rate but mostly friends, having drawn us back.

We left early Sunday morning via Porter Air and the Toronto Island airport. I had several positive reports from people doing the same trip, but I had mixed feelings. Having lived on the harbour front and dealt with the planes flying in and out of that airport I was not a fan. But the new air line (Porter has been flying less than 2 years) and their planes have won me over or at least made me neutral. The planes seem quiet, and the fly in and out away from the inner habour and most of the residential. The departure was smooth and painless, which is saying something in these days and times! The Porter lounge was stock full of (free) coffee and cookies (and Mac’s and open Wifi), again a pleasant throw back to better times. 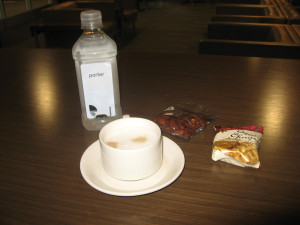 We even got a muffin and yogurt on the 1 hour flight. (shocking). The Newark New Jersey airport was bigger than expected with a fair number of international flights, but customs was no problem. The New Jersey Transit staff was helpful getting us into NYC and in no time we were at Penn station. We were staying at a friend on the upper West side of Manhattan, off the red line.

That afternoon we popped into the East Village to discover a wonderful Jazz festival in progress, as well as to explore a bit of that area and Union square area, before joining a dinner with our friends, and friends of friends. 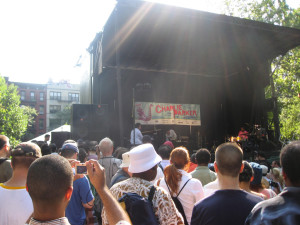 One of the best decisions we made on this trip was to get an unlimited Metro Card which allowed use to pop on and off of the subway and buses before we got too tired walking everywhere.

That Monday we dived on the subway (quickly getting the handle off the local and express trains) down to Battery park and then up a very nice pedestrian mall to the busy site that is Ground Zero. 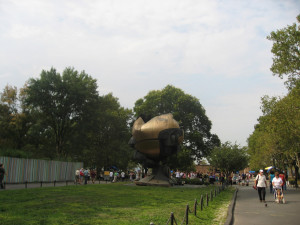 After that somber site, we left for Chelsea Market and the Meat Packing District for its food and buzz. 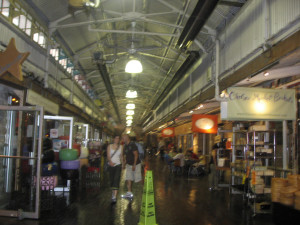 Then a stop for more coffee at the Manhattan location of Mr Grumpy Cafe Café Grumpy and it’s excellent coffee and staff, as recommended to me (I got the John Allison mug!) 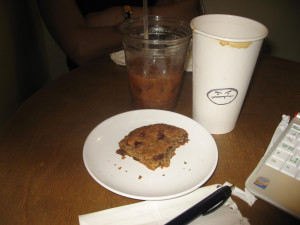 , before shopping from the Rockefeller Center to the (..sorry “THE”) Apple store and it’s madness (I thought the “piston” elevator was very neat). 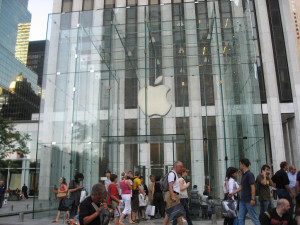 Tuesday was all about US Open Tennis, and the first round. Getting there via Subway was smooth, but then the wheels came off. Part of it was my fault: we should have come much earlier (before the gates opened at 10). The line for day tickets was huge, in part because the web site was crappy, confusing and unsure (not just to us but to other people we talked to). Then I was not allow edto bring my Aspire One laptop in (I was told because of security?!), so that went in a locker. And there was problems / huge lineups with food and under cooked hamburgers. And a (very) few (very) rude people. Ack! We did however enjoy the Tennis and the venue’s and hope to go back soon.

Seeing the grounds of the 1964 Worlds Fair was a treat! 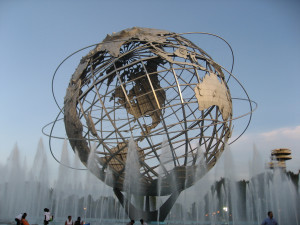 Afterwards we connected with some other friends from Toronto (who also watched the Tennis and better planed it) and had an excellent dinner at the Old Homestead in the Meat Packing District, amongst several tables of boisterous gentleman. Our friend was telling us about the days events including Marat Safin’s temper tantrum on court (before coming back to win it), when who walked back to his table – next to us – but Mr. Safin himself! Whoops! The girls would have liked a photo but he ignored us. 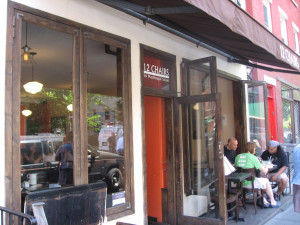 and then seeing the exhibits at the MOMA. 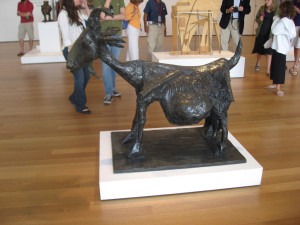 On Thursday we only had time to walk around the neighour before catching our noon flight back and popping on the TTC home.

My only regret is not having more time and not going to Williamsburg and seeing more of Brooklyn. That will have to be for next time! soon(er)

One Reply to “A brief Trip to NYC”