This Saturday (June 4th 2005) marks the 16th anniversary since the Communist Party of China rolled it tanks againts it own people in order to hold on to power. nothing has changed:

With the date falling on a Saturday, turn out for marches in Hong Kong could be very good.

But not in China. 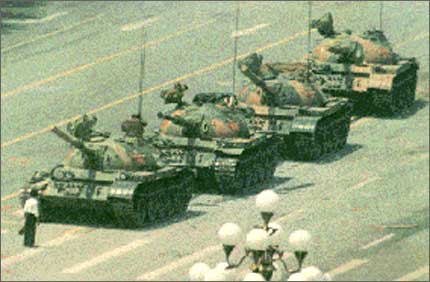 Update: Via Yahoo! News, ~45,000 people held a candlelight vigil in Hong Kong ( in Victoria Park ) on the 16th anniversary of the Tiananmen Square massacre, the only commemoration on Chinese soil to mark the 1989 crackdown. Simon has more background info, as always, and Asia Pundit has a good round up (and Links back here).

One Reply to “Tiananmen Square 16 Years after”